Home » WORLD » From celebrity jets to Pelosi’s Taiwan trip, flight trackers are the sleeper hit of the summer | international News

From celebrity jets to Pelosi’s Taiwan trip, flight trackers are the sleeper hit of the summer | international News

Thursday briefing: The weeks that could decide fate of Ukraine conflict | international News

Want to watch a top-secret government flight live? Track a drug kingpin’s movements in real time? Or know how much Taylor Swift’s jets are polluting the air? They’re all streaming live on the sleeper hit of the summer: online flight trackers.

On Tuesday, viewers set new records on Flightradar24, one of the largest flight tracker websites in the world, as they watched the seven-hour flight of Nancy Pelosi from Kuala Lumpur to Taipei. The trip, shrouded in secrecy until its final moments, grabbed international attention after China made military threats in the weeks leading up to the visit, and then launched live-fire exercises once she had landed.

Many Taiwanese people were glued to the flight trackers: one told me their friend’s child had asked to stay up late to watch the live tracker – “like the new year’s countdown,” the parent had remarked drily.

Ian Petchenik, the head of communications for Flightradar24, said the site had seen “unprecedented sustained interest” over Pelosi’s flight, and at its peak, a record 708,000 people were simultaneously watching the little red icon representing the House speaker’s Boeing C-40C – callsign SPAR19 – as it looped around the Philippines to bypass Chinese bases in the South China Sea, then soared across the Luzon Strait, reportedly under the watchful cover of a trio of US aircraft carriers, and arced across Taiwan’s mountain ranges before touching down in Taipei.

The amount of traffic made the Flightradar24 “unstable for some users” and the site was forced to limit access at certain points. In total, 2.92 million people tuned into watch some portion of her flight, about three times as many people as followed it on CNN in primetime.

Flightradar24 has had some other big moments of late: roughly 550,000 viewers tracking the flight of the Russian opposition leader, Alexei Navalny, as he returned to Moscow in 2021 to face imprisonment. Thousands more tracked a US air force Global Hawk traveling around Ukraine during the Russian invasion before flying out over the Black Sea. Viewers also used the site to follow the US’s chaotic evacuation from Afghanistan.

The appeal is simple, Petchenik said: “You get to participate in history in real time. If the newspaper is the first draft of history, then this is the pre-write.” Flight tracker data has virtually no lag, providing a raw sense of immediacy. Another draw, Petchenik says, is the experience of watching flights with others and discussing them on social media. Just imagine the attention, Petchenik says, if you could have watched Nixon going to China in real time.

It’s not just global news events that spark upticks in site traffic. As transfer deadline day approaches, it also becomes an essential tool for sports fans. “We see the most interest during the European football transfer window,” Petchenik said. “The teams have very dedicated fan bases. They will figure out what flight their favorite player is on, and they will follow that flight.”

Flight trackers rely on a new open-standard surveillance technology called automatic dependent surveillance-broadcast (ADS-B), which allows planes to transmit their locations and other information to anyone with receiver.

Anyone can set up an ADS-B receiver using inexpensive kits. That’s allowed Flightradar24 to go from a couple of receivers in Sweden, when the site was founded in 2007, to a huge network with more than 30,000 receivers around the world, many of them run by volunteers. The receivers have a range of a few hundred miles, though they struggle with terrain such as mountains. To close the gaps, Flightradar24 cross-references its ground-based receivers with data from other sources, including satellites and data from the Federal Aviation Administration (FAA) in the US.

Subscribing to the government data comes with a catch: trackers must agree to abide by FAA rules that let aircraft owners request their information be removed from public websites. That means Flightradar24 displays some flights anonymously, though Petchenik can’t specify which ones.

That’s where a popular uncensored flight tracker comes in: ADS-B Exchange. The website was founded as a hobby in 2016 by Dan Streufert, an IT professional who describes the site’s policy: “We don’t block anything.” That’s possible in part because the site doesn’t subscribe to the FAA feed. Instead, it relies on data funneled from a network of about 9,000 ADS-B receivers around the world run by aviation enthusiasts and other volunteers.

Streufert’s network allows users to observe flights that powerful people want to be kept secret. Once, Streufert received a letter from a European lawyer who demanded ADS-B Exchange stop tracking his client’s flights. After looking up the flight data, Streufert realized: “The guy used to work for Gaddafi. He’s been accused of war crimes and killing people and yada yada. I guess somebody had used our data to figure out that he was moving gold from Venezuela to Libya on his private jet, and he wasn’t too happy about that being exposed.”

ADS-B Exchange’s approach to open data has also allowed citizen journalists to reveal the habits of America’s rich and famous. This year, a 19-year-old programmer named Jack Sweeney created a bot that tweeted out the flight paths of Elon Musk. Musk offered Sweeney $5,000 to take the feed down (the teen refused).

ADS-B Exchange’s data made headlines this summer when an environmental non-profit used it to estimate the carbon emissions produced by stars including Drake, Kylie Jenner, Travis Scott, and Taylor Swift – who has responded that her jet is “loaned frequently to other individuals”.

But Steufert says sometimes high-profile planes will deliberately broadcast their ADS-B data. “When the Ukraine war started, you could see the US strategically turning on their transponders of aircraft in the area to sort of send a message. In a hot zone like that, you know that they’re not accidentally leaving it on.”

Steufert says official agencies frequently use ADS-B Exchange’s data, whose grassroots network may pick up movements that official systems don’t. “We have many sort of inexpensive ground stations where government agencies probably have much fewer but far fancier ground stations. There’s pros and cons to each way to monitor traffic. But there’s also less red tape to get access to our system.”

ADS-B Exchange often shares its data with air crash investigators, and it also has contracts with the US defense department, Steufert said. “They don’t really tell us what they use it for, but it helps defray some of the costs.”

Steufert says sites like his are doing nothing wrong. “We don’t interpret the data – we leave that to journalists, media, researchers, whoever, to interpret what that might mean. But we can share as much data as we want.”

The day the climate changed and the glee club went missing

Thursday briefing: The weeks that could decide fate of Ukraine conflict | international News 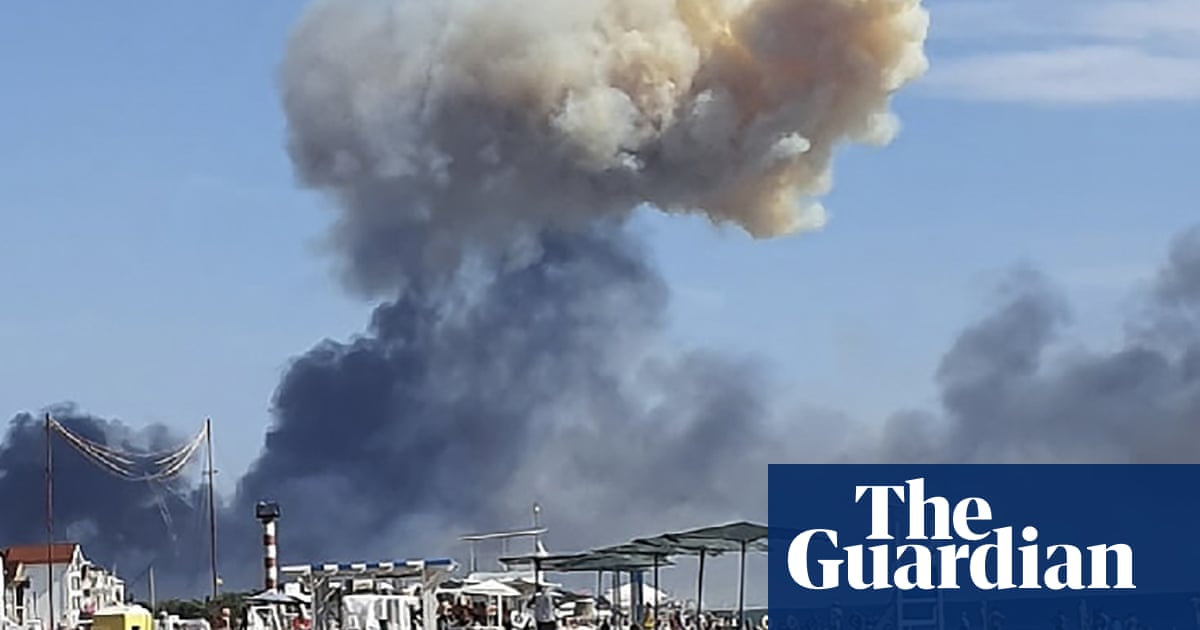 The day the climate changed and the glee club went missing