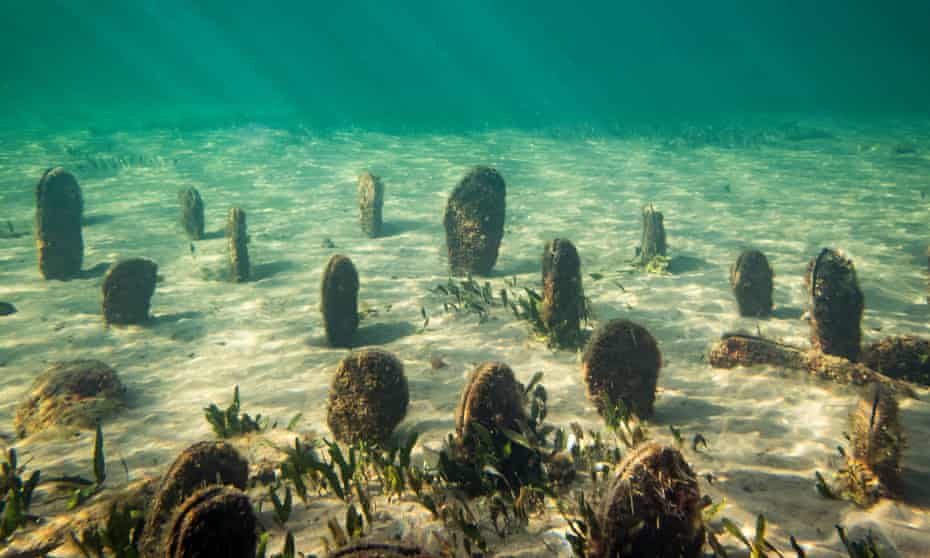 In the shallow waters and seagrass meadow of Spain’s Ebro delta, there are almost no solid surfaces for creatures to latch on to. That’s where the fan mussel () comes in. Sponges, sea anemones, algae and lifeforms not found on any other surface in the area live on its shell, while octopus, oysters and some fish live inside it.

The bivalve, also known as the noble pen shell, is unique to the Mediterranean and is the second largest in the world, with some specimens reaching a metre in length over a 15-year lifespan. It plays a crucial role in water filtration as well as providing a home for an array of underwater creatures.

But the fan mussel has fallen victim to the parasite which since 2016 has wiped out 99.9% of the population, reducing its numbers from millions to thousands. This mass mortality event led to the mollusc being added in 2019 to the International Union for Conservation of Nature (IUCN) red list as critically endangered. “The situation is critical. We need to see wide-scale coordination because we are witnessing the extinction of a very important species,” says Patricia Prado, a researcher at the Institute of Agrifood and Technology in Sant Carles de la Ràpita in the Ebro delta. The institute is one of eight Mediterranean research centres that comprise the Pinnarca project, an EU Life scheme to save the mollusc from extinction.

is unusually lethal. Prado believes that this may be because it is working in conjunction with bacteria that the mussels may already be carrying. She says the origin of the parasite is unknown but suspects it is related to human activity, whether global heating, shipping or agriculture. Spores of the parasite live in the water, not just in the fan mussels.

The protozoa is not the only cause of the mussel’s decline. In the Mar Menor, a saline lagoon in south-east Spain, the population has shrunk from 1.7 million to barely 1,000 as a result of excessive nitrogen in the water caused by run-offs from fertilisers used in agriculture. The process, known as eutrophication, starves marine life of oxygen, and fan mussels are among the victims.

In the Ebro delta, young mussels are also the victims of the blue crab, an invasive species thought to have arrived from the United States via shipping, and whose voracious appetite has virtually wiped out native crab species.

The largest population of fan mussels in the delta is in the sheltered and shallow waters of the Bahia del Alfacs, where as many as 90,000 may survive. It appears that the parasite needs an optimum level of salinity to prosper, and Prado and her team hope that moving individuals to parts of the delta with lower salt levels may help the mussels to thrive.

“We are trying to maintain the surviving population and exchange individuals between groups to avoid inbreeding, otherwise they’ll die out through lack of genetic diversity,” she says.

They are also trying to breed healthy individuals. Since mussel-farming is a major industry in the delta, there is plenty of experience in this area, but as yet they’ve had no luck. The mussel is slow to reproduce, and doesn’t do so every year. Furthermore, Prado says, “it has a mechanism to regulate the population, which makes it difficult for us to breed them if it’s programmed not to reproduce at certain times.”

However, Dr Ángel Borja, a marine ecologist at the AZTI institute, part of the Basque Research and Technology Alliance, believes there is cause for optimism. “Science has a prominent role in identifying problems and communicating these to society, but especially in developing affordable solutions,” he says. “Despite the threats to the ocean, in recent decades we have seen many examples of positive results in conservation, so there are grounds to speak of ‘ocean optimism’.”

Mike Elliott, professor of marine sciences at Hull University, adds: “All countries, and especially those in the EU, have plans and projects to halt the decline in biodiversity and to restore habitats, the number of species and the size of their populations, such as .

“Recreating a habitat may not only be good for biodiversity but it could also give people protection against the effects of climate change, such as sea-level rise. In many cases, recreating a habitat will allow a species to recover, as long as there are nearby populations to repopulate it.

But, Elliott adds: “Long-lived and slow-growing species with patchy populations, such as will need greater protection and also may be more difficult to restore once the habitat is lost.”

Prado insists it is vital to try to save the fan mussel because of its crucial role in the ecosystem. “It’s a habitat in itself, so losing the fan mussel means losing biodiversity,” says Prado. “We need to intervene because there’s no point in waiting for things to improve by themselves, especially as we are the cause of many of the problems.

“People argue that it’s part of a process, that some animals will become extinct and others will replace them, but we as a species are dependent on the ones that already exist.” 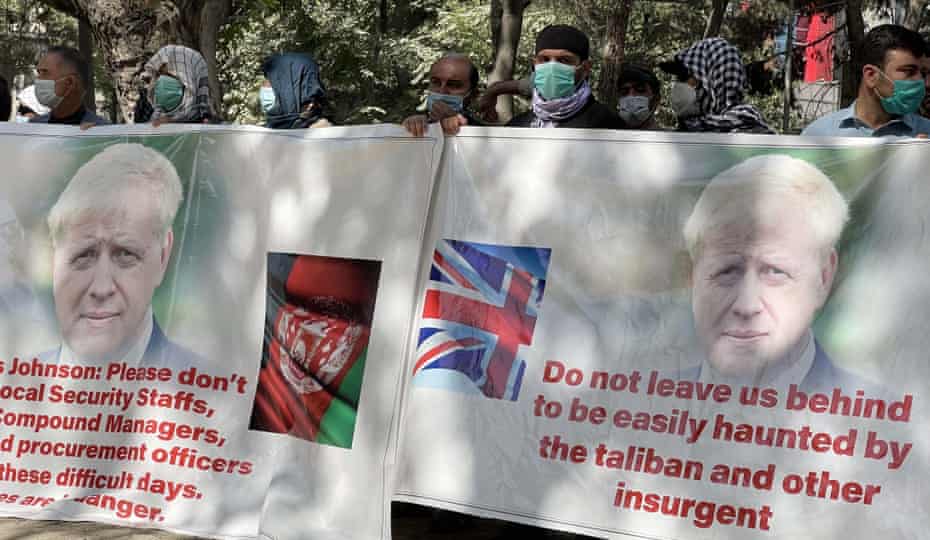 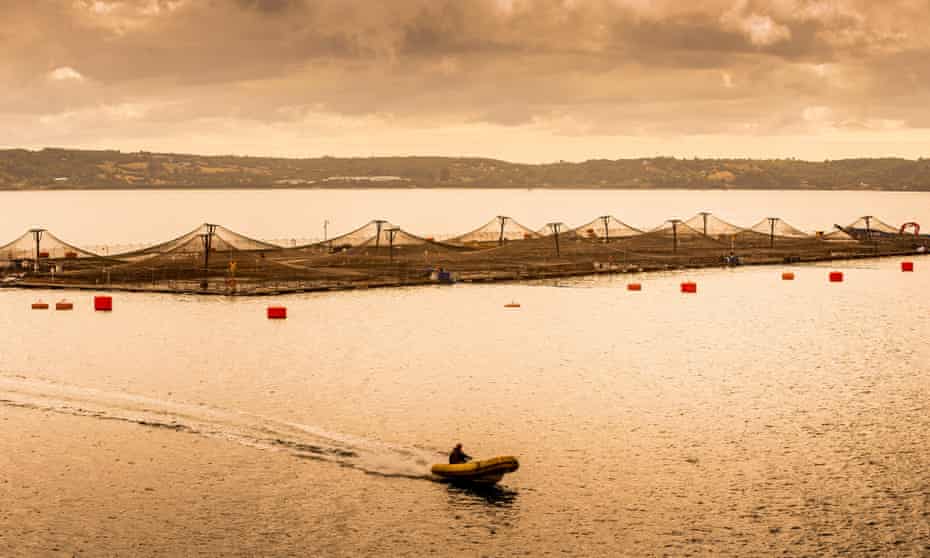 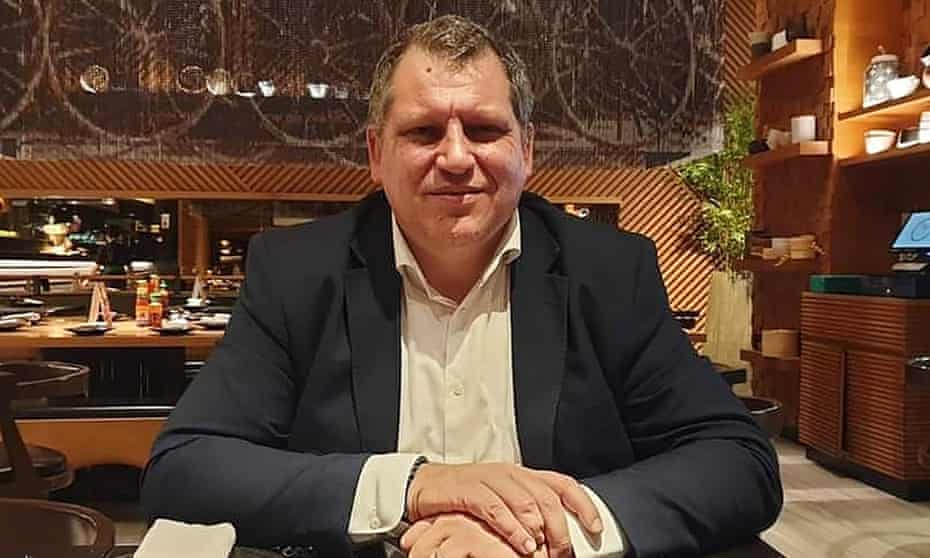 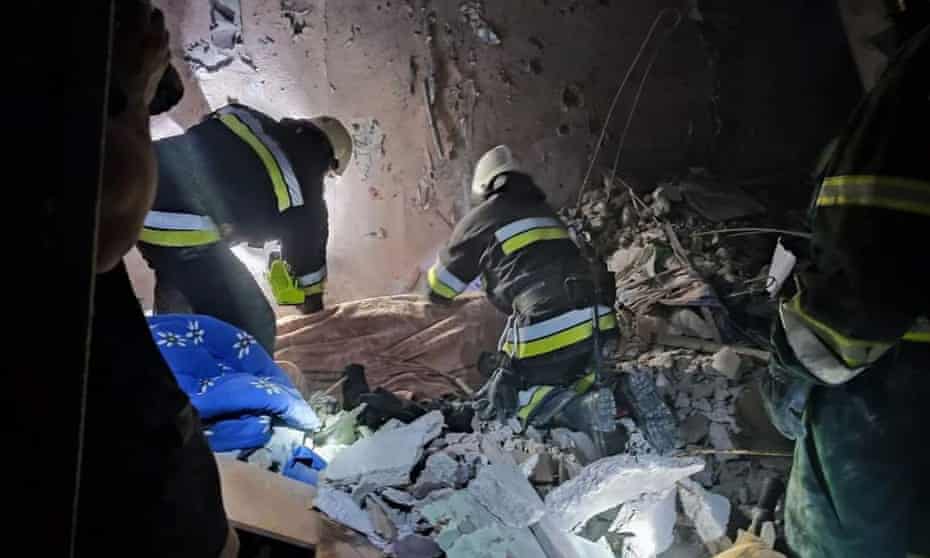 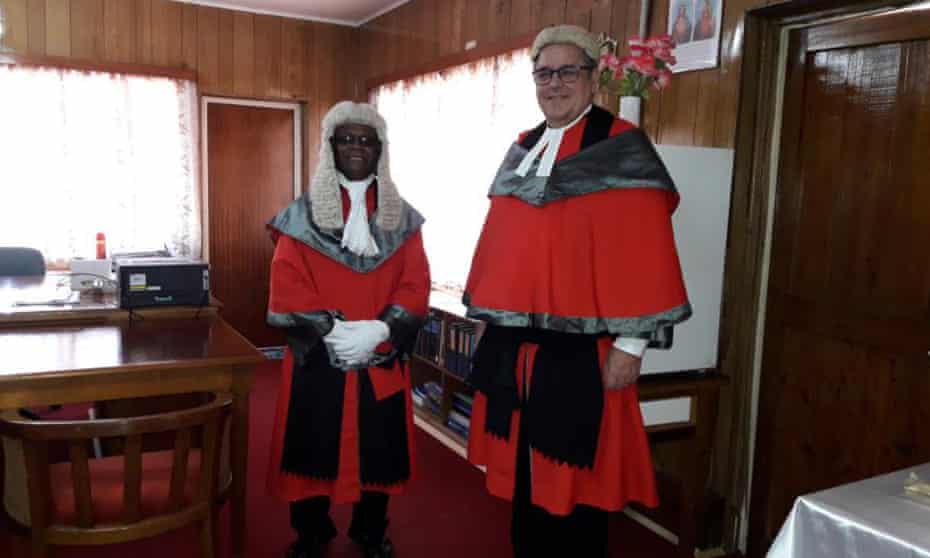 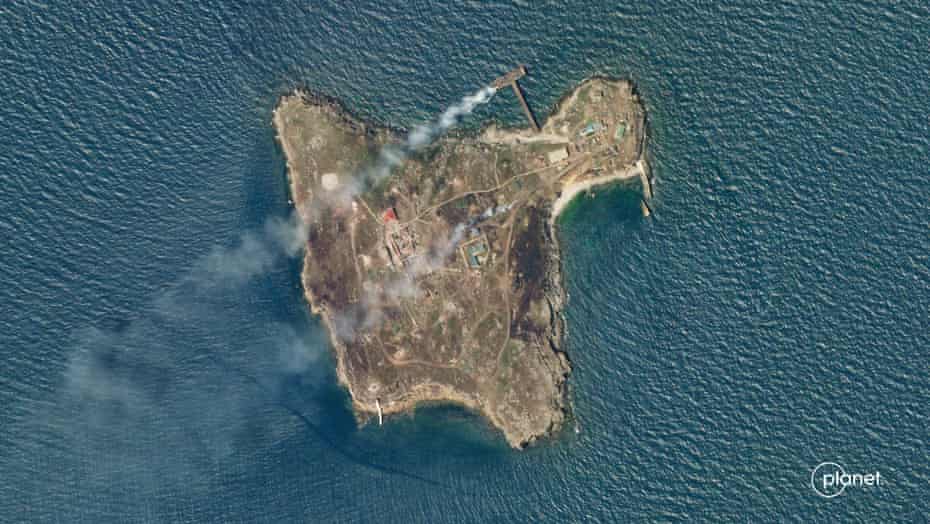 $760m extra for hospitals while health system fixes are found