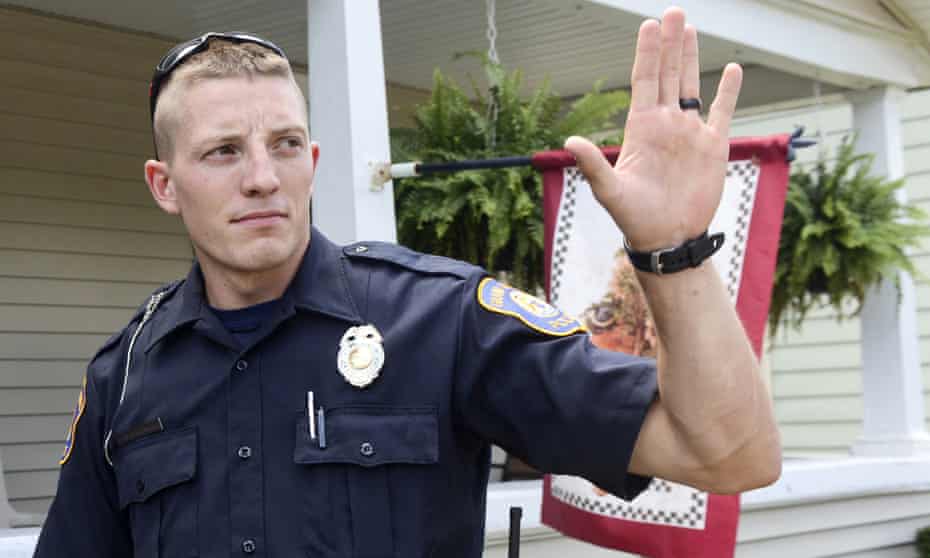 The white Michigan police officer who killed Patrick Lyoya – a Black man who was shot in the back of the head while on the ground – was officially fired from his job on Wednesday, six days after being charged with murder.

Christopher Schurr’s dismissal from the Grand Rapids police department was announced in a statement provided to media outlets by the city manager, Mark Washington.

Washington’s statement said he decided to fire Schurr based on recommendations from the city’s police chief as well as its labor relations office and after the accused murderer waived his right to an administrative hearing.

“Due to the ongoing criminal [investigation into Lyoya’s slaying] and the potential for civil litigation, I will not be providing any additional comment concerning Mr Schurr at this time,” Washington’s statement added.

Officers in Grand Rapids, a city with about 200,000 residents that sits 160 miles west of Detroit, have civil service protections, meaning they typically cannot be fired immediately, even for egregious reasons.

When Lyoya was killed on 4 April, Schurr told the 24-year-old that he had stopped his car because the license plate did not match the vehicle. Lyoya began to run roughly a minute into the traffic stop, when he was asked to hand over his driver’s license.

Schurr caught Lyoya, wrestled with him on the lawn of a home and demanded that he “let go” of the officer’s stun gun before he fired a bullet into the back of Lyoya’s head, mortally wounding him. A bystander recorded the killing on video.

After reviewing the video and consulting use-of-force experts from outside Michigan, prosecutors on 9 June charged Schurr with murder.

Attorneys for Lyoya’s family called his killing an “execution”.

The police chief of Grand Rapids, Eric Winstrom, had just started his job early in March.

Winstrom has pledged to train officers to de-escalate tensions during encounters with the public after Lyoya’s killing.

Schurr faces up to life in prison if eventually convicted of murdering Lyoya. He entered a plea of not guilty the day after he was charged, and he was out of jail on a $100,000 bond at the time of his firing from the police force.

‘Slamming on the brakes’: economists react to the Federal Reserve’s rate hike | US News

‘Slamming on the brakes’: economists react to the Federal Reserve’s rate hike | US News