Police officer gets $1.5m settlement to resign after antisemitic behavior | US News 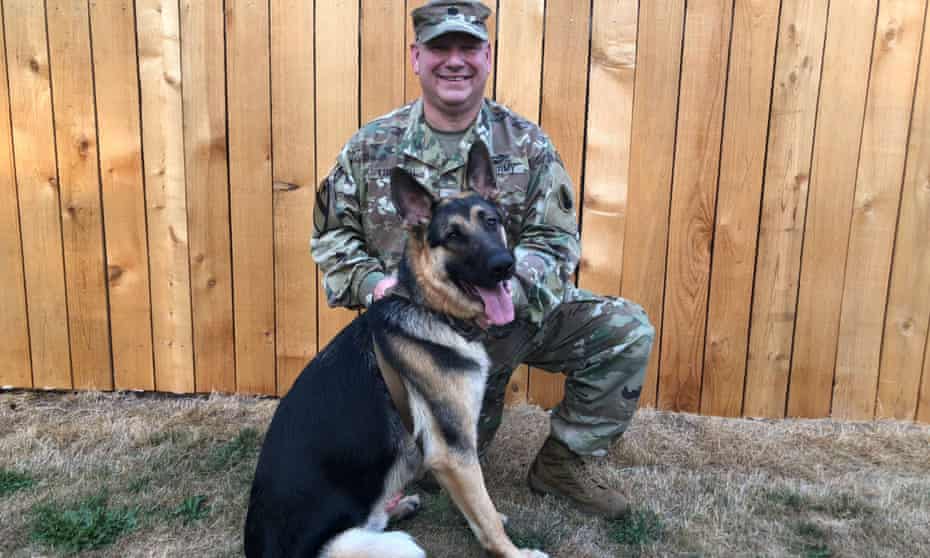 A senior police officer from Kent, Washington, will receive $1.5m in order to resign in a settlement with the city after an investigation into antisemitic behavior, including pinning Nazi insignia on his office door.

Assistant police chief Derek Kammerzell was initially suspended after multiple complaints surfaced in September 2020 from other officers for behavior indicative of sympathetic behavior towards Nazis, such as displaying Nazi imagery above his name placard on his office door and making jokes about the Holocaust.

The imagery on his door included oak leaves and diamonds, a symbol of rank of a Nazi SS general. Officers also alleged Kammerzell posed in photos in lederhosen with a moustache in the style of Hitler and made jokes about his grandfather dying in the Holocaust after getting drunk while working as a tower guard.

Further complaints from members of the Jewish community made to the city prompted officials to take action a second time beyond suspension, this time demanding the resignation of Kammerzell.

However, the two parties entered into negotiations instead, eventually resulting in the city paying Kammerzell to resign.

In a statement the Jewish Federation of Greater Seattle said: “Though it’s disturbing that an individual who elevated and honored Nazi imagery and titles and joked about the Holocaust should receive a $1.52 million settlement, we know the City of Kent had limited options. We believe they worked to create the best possible outcome by ensuring that Kammerzell does not return to his role as a law enforcement officer.”

The federation added: “This is a step toward ensuring the safety and well-being of the Jewish community, and of other groups who were made to feel targeted and unsafe through Kammerzell’s actions.”

Kammerzell was forced to leave after 27 years on the job.

In a video released to the public, the Kent police chief, Rafael Padilla, said he was “tremendously sorry” and “embarrassed” by the incidents involving Kammerzell and that the settlement was the best outcome to ensure the employee’s permanent departure.