Two technology trade associations are petitioning Supreme Court Justice Samuel Alito for an emergency stay to block a Texas law that prohibits large social media companies from censoring users based on their “viewpoints.”

While the law was passed last year, a federal judge had blocked it from taking effect, ruling that it violated the First Amendment. On Wednesday, an appeals court overturned that stay and the law went into force.

The political hot potato: Ken Paxton, the Texas attorney general, said in a tweet that the appeals court decision was a “BIG WIN against BIG TECH.” Conservative proponents of the law say it is necessary to combat what they say is censorship by social media companies, while its progressive critics say that platforms have the constitutionally protected right to make content moderation decisions without government intervention.

Industry up in arms: NetChoice and the Computer & Communications Industry Association represent a broad range of tech companies including Facebook, Twitter, and Google. Chris Marchese, counsel at NetChoice, said in a statement that the Texas law violates the First Amendment because it forbids private businesses from “making constitutionally protected editorial decisions, and forces them to publish and promote objectionable content.”

Choices, choices: Under the law, HB 20, social media companies have to issue reports every six months explaining how many posts they removed, deprioritized, demonetized or suspended, and why. It also requires that social media platforms “provide an easily accessible complaint system.” It also allows for both the state of Texas and individuals to sue companies that violate the law by “censoring” users. Individuals will be able to ask for damages of up to $25,000 for each day their messages are “unlawfully impeded”.

Whose speech: Matthew Schruers, president of CCIA, in a statement characterized Wednesday’s appeals court decision as “highly unorthodox.” In a series of tweets on Thursday, CCIA said the government “can’t force private businesses like newspapers or online platforms to publish speech, any more than it can force you or I to speak against our will.”

The Texas attorney general’s office did not immediately respond to a request for comment.

What’s next: Alito has the option to issue an emergency stay unilaterally, or to refer the matter to the full court. The lawsuit remains pending before the appeals court, which has not yet ruled on the merits of the case.

The question before Alito is whether the Texas law will remain in force until that appeal is decided or whether the December injunction against the law will be allowed to stand until the 5th Circuit issues a decision. 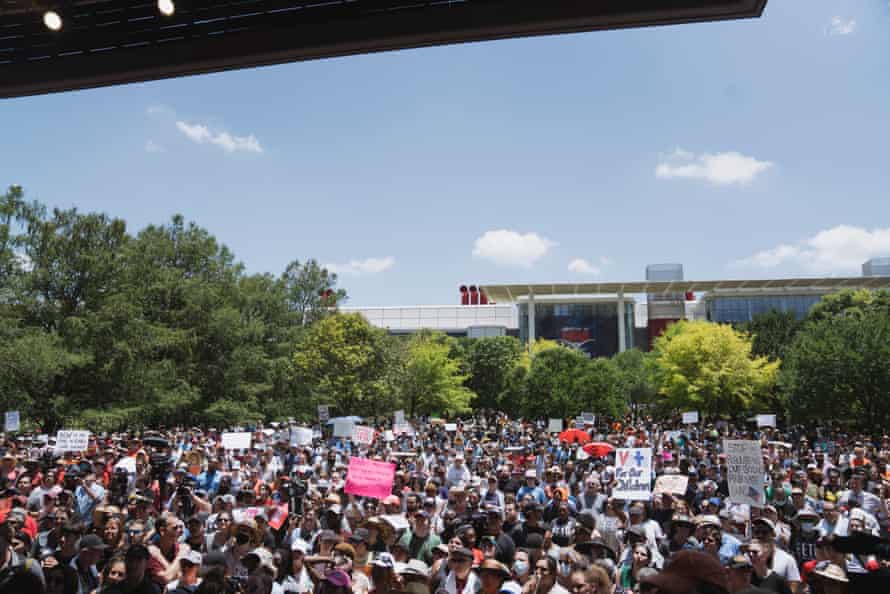