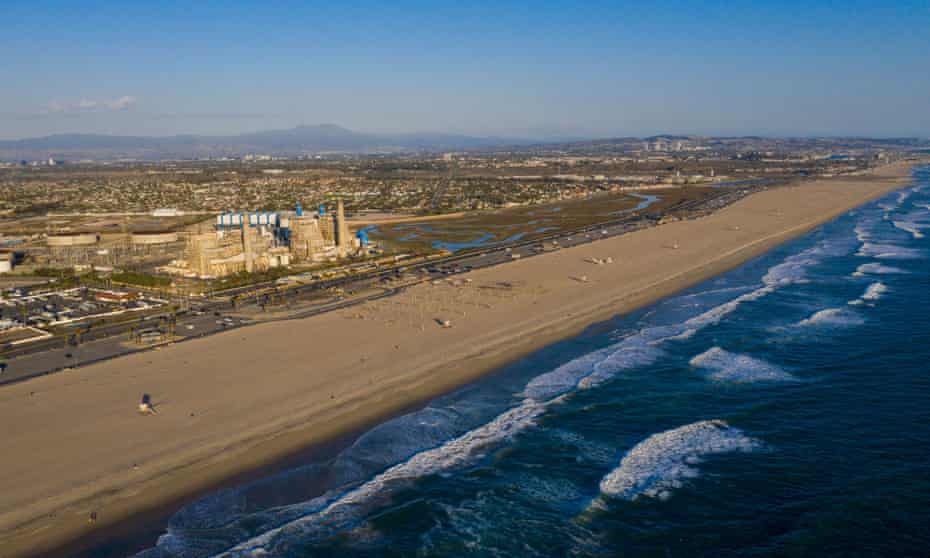 California officials are poised to decide the fate of a controversial desalination plant planned along its southern coast, in a vote that comes as the American west battles an increasingly perilous drought.

California water use leapt 19% in March, amid one of the driest months on record. After more than a decade of debate, the California coastal commission on Thursday will finally vote on a proposal for a $1.4 bn desalination plant in Huntington Beach, south of Los Angeles.

As the west grows hotter and drier, the state and others in its neighborhood are seeing water supplies grow scarce. California is now facing its third consecutive year of crippling drought, with shortages spurring strict restrictions. Rising heat also means more water is needed to sustain people, ecosystems and the state’s thirsty agricultural sector.

Desalination plants, which convert seawater into potable water, have long been considered a possible solution, as residents, developers, and policymakers look to capture the water crashing against the California shores.

The Huntington Beach plant has prominent backers, including the state’s governor, Senator Dianne Feinstein, the California Chamber of Commerce, and a slew of other state and local officials. But experts say siphoning water from the sea isn’t a simple answer to a complex and burgeoning crisis.

Desalination plants require large amounts of energy to turn salt water into fresh water and have a significant impact on marine life. Critics of the Huntington Beach project have also argued that for all its costs, the plant wouldn’t actually make water more accessible or affordable to the Californians who need it most.

“Desalination is intuitively appealing to the person on the street or your average policy maker,” said Dr Gregory Pierce, director of the human right to water solutions lab at University of California, Los Angeles. “But in this case, it is going to make the water rich, richer.”

If approved, the Huntington Beach plant would be California’s 13th, and one of the largest in the nation. The facility proposed by project development company Poseidon Water would pump in roughly 106m gallons (401m litres) of seawater each day, converting it to roughly 50m gallons of potable water. What’s leftover – a thick salty brine – would be released back in the ocean. If approved, the construction on the plant is scheduled for as early as 2023 and it can be up and running three years later.

Poseidon says the project will have an impact on declining water levels across the state, though the water will only be supplied locally in Orange county. “[The region] will not be pulling water from the Colorado River or northern California, which means that communities to the east of us and the north of us will be able to benefit from this project,” said Jessica Jones, a spokesperson for the company.

“It really impacts the entire west. With the drought situation we are in, and that we will continue to face for years and years, it is so important that we look to new supplies” she said.

Along with a new source of water, proponents of the project claim it will be a financial boon to the region, bringing in billions in revenue to Orange county and thousands of jobs. The company has committed to purchasing carbon offsets and investing in efforts like reforestation credits to counteract energy use, which Jones says will also be supplied by renewables.

Skeptics, however, have questioned the company’s commitment – and ability – to mitigate the environmental impact from the project expected by experts. Along with seawater, desalination plants suck small creatures into the system. Although the company will utilize screens with 1 millimeter mesh to limit the impact on animals, scientists at the Coastal Commission reviewing the proposal estimate the plant would still kill creatures such as fish larvae and plankton, “resulting in substantial losses of marine ecosystem productivity”.

Critics have also raised concerns over the plant’s location. Concentrated in an area of industrial development, the facility would be situated on a partially remediated Superfund site, near a wastewater treatment plant, a former oil tank farm, and what was once a dump. Construction could spread contaminants from those sources into nearby disadvantaged communities, carried east by the coastal winds, critics warned.

Beyond these concerns, some researchers have cautioned that the project would not benefit those most impacted by California’s water woes. Pierce, the UCLA professor, and a team of researchers studied the proposal in 2019. They concluded that the plant is located in an area of the state that’s not hurting for high-quality, reliable water, but the project would make drinking water less affordable for disadvantaged households in Orange county.

“Proponents have vaguely asserted that there will be equity benefits from this plant but haven’t provided any evidence of what that means,” he added. Instead, according to his team’s research, the large cost of the project would raise overall water prices in the region, hurting those who already struggle the most to pay their water bill.

Jones, the Poseidon spokesperson, said that while the project may push water rates higher, a local fixed rate could become more affordable than other sources in the dry decades to come.

California’s coastal commission, however, estimates that the cost of the project for low-income Orange county residents would be significant. Water rate hikes would “disproportionately impact millions of low-income residents throughout Orange county water district’s service area, the majority of which are people of color”, the commission wrote in its report.

“We already know that this thing is not going to make water cheaper and it is not even reliable,” said Andrea León-Grossmann, director of climate action at Azul, a grassroots organization that works with Latino communities to protect the coast from industrialization, noting that previous plants produced less water than promised and can be compromised by oil spills, red tides, and natural disasters. As part of the coalition against Poseidon, Azul and others submitted a 153-page report outlining issues to the coastal commission.

Along with higher costs, León-Grossmann said her organization is concerned about plant emissions adding pollution to areas already facing stark disparities; increased dead zones, or areas in the ocean where plants and animals are unable to survive and perish in high numbers; and the threats from sea level rise, tsunamis, and earthquakes, all of which could put the plant – and those who live near it – in greater jeopardy.

California’s governor, Gavin Newsom, has urged the commission to greenlight the project despite the criticism, arguing the drought emergency requires urgent answers.

“This administration is committed to ensuring the sustainability of California’s water supply with an all-of-the above strategy, and that includes desalination,” a spokesperson for the governor said in statement. “The governor has supported this project for years and made clear that not approving this project would be a setback, while also encouraging accountability and environmental justice measures. Regions across California must continue to innovate on local projects as climate change makes our state’s water supply more unpredictable.”

Last month, Newsom was even more direct when talking about the desalination project with the Bay Area News Group editorial board, calling a vote against it a “big mistake”.

“We need more tools in the damn tool kit,” he said, adding: “Be tough. Be fair though. Don’t be ideological.”

Pierce argued he’d “make a big distinction between this particular plant and every desalination conversation elsewhere in California”.

“This is a backup supply for those who want to keep using water the ways we have used water,” he said.

He argued that Orange county residents would benefit more from increased investments in recycling and stormwater to groundwater recapture than from the plant.

León-Grossmann, too, said there are still plenty of other options on the table.

“We are still flushing toilets with drinking water,” she said, adding that building codes and retrofitting could make homes and businesses more water efficient. “Just plugging the leaks could create more water than the desal plant can create.”

Desalination shouldn’t be seen as the simple solution, but rather the last resort, she argued.

“It is just not necessary,” León-Grossmann said. “We are not saying never – we are just saying not right now.”

‘I lost a bunch of things’: homeless New Yorkers struggle amid police sweeps | US News 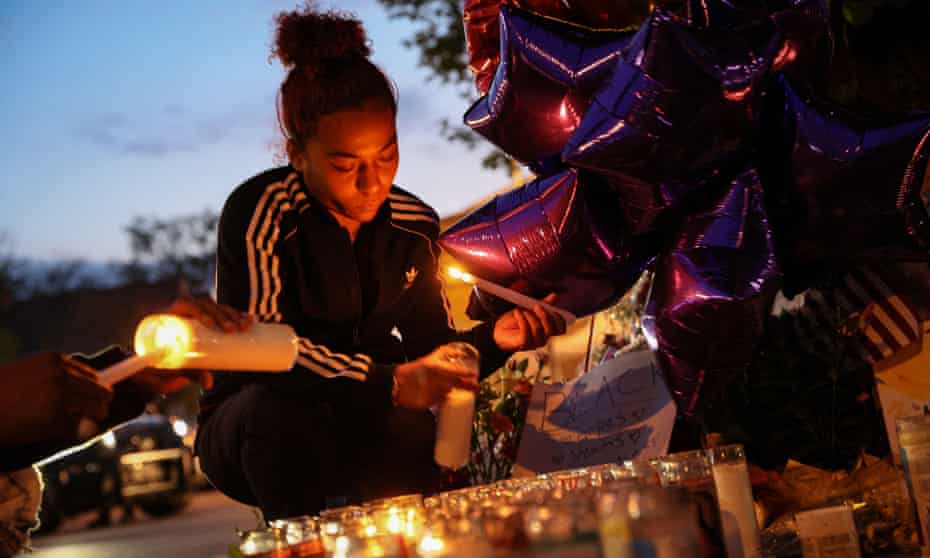 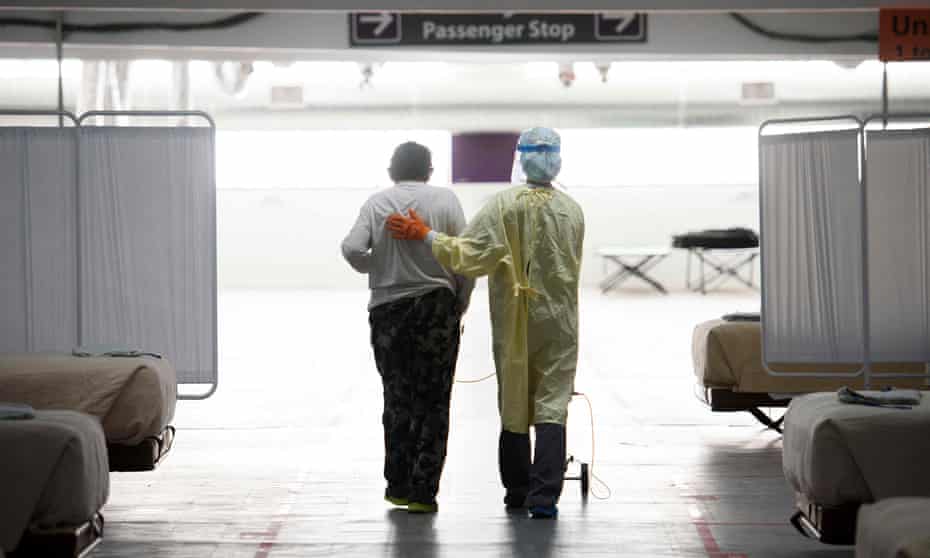 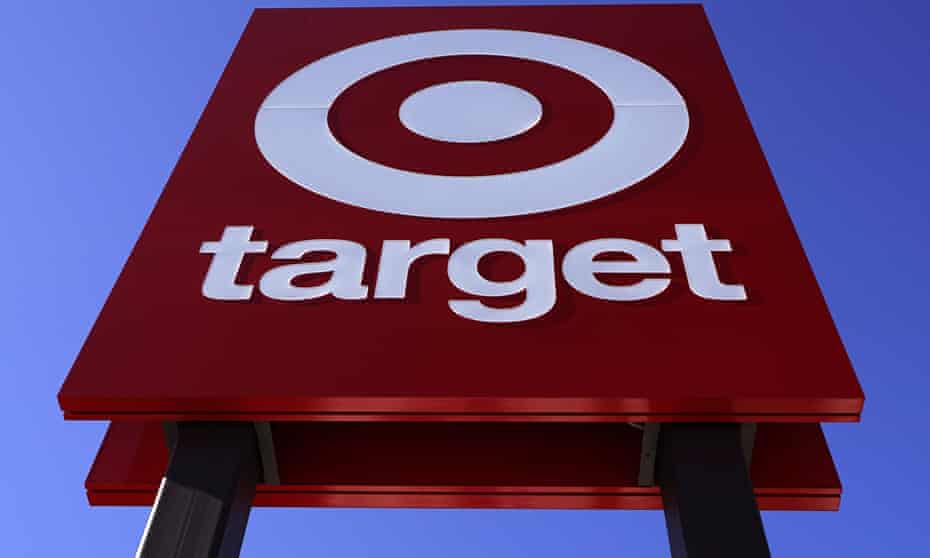