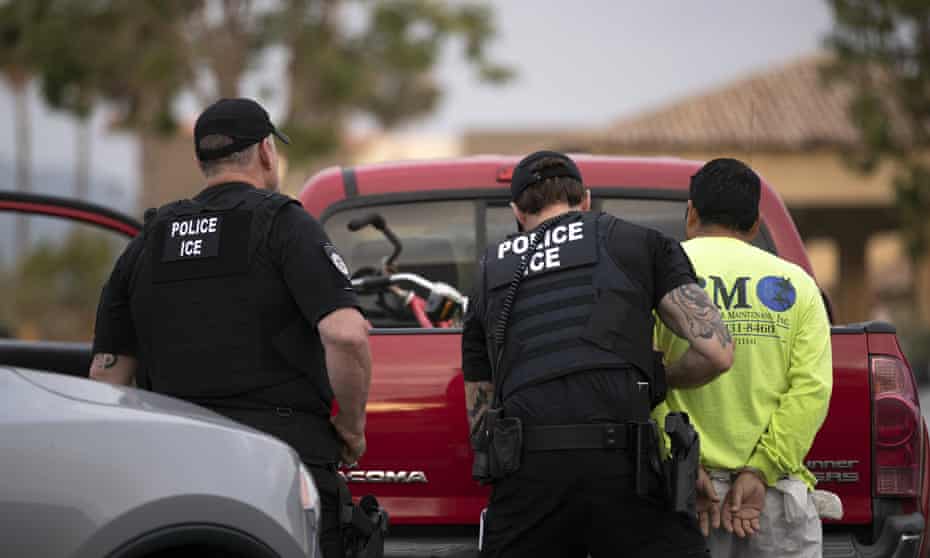 ‘Too much fear, too much grief’: Biden to visit Uvalde amid scrutiny of police response to shooting | US News

US Immigration and Customs Enforcement (Ice) has built a vast digital surveillance system that gives it access to the personal details of almost every person in America, a two-year investigation by Georgetown University law center has found.

Researchers from the Center on Privacy & Technology on Tuesday released one of the most comprehensive reviews of Ice activities, concluding that the federal organisation has strayed well beyond its duties as an immigration body to become what is in effect a domestic surveillance agency.

Operating largely in secret and with minimal public oversight, Ice has amassed a formidable armory of digital capabilities that allows its agents to “pull detailed dossiers on nearly anyone, seemingly at any time”.

The vast mountain of data to which Ice now has access includes:

The Georgetown researchers base their report, American Dragnet: Data-Driven Deportation in the 21st Century, on hundreds of freedom of information requests and a review of more than 100,000 previously unseen Ice spending transactions.

The documents reveal the extent to which the agency’s surveillance has expanded beyond sharing information with law enforcement agencies to exploiting an array of public and private databases.

The agency operates an enormous dragnet of information stored by state and local government, utility companies, social media platforms and private data brokers. The end result is that Ice enjoys almost universal reach, with its intelligence weaponised through the use of powerful algorithmic tools for searching and analysing data.

Almost all of that activity, the report points out, is done in the absence of warrants and in secret, beyond the purview of federal and state authorities.

The scale of Ice surveillance shocked even the report’s authors.

“I was alarmed to discover just how easily federal immigration agents can pull detailed records from the most intimate corners of all our lives,” Nina Wang, a policy associate at the Center on Privacy & Technology and a report author, told the Guardian.

She added: “In its attempts to target an ever-growing number of people for detention and deportation, Ice has reached into the private homes and lives of almost every person in America.”

Wang said the immigration agency now had an unfettered ability to “trace the movement of your vehicle on the roads, look up your address from your water or electricity bills, and conduct face recognition searches on your ID photos, all without needing a search warrant.

“These tactics open massive side doors around existing privacy protections, and many lawmakers still have no idea.”

Ice was created in 2003, in the febrile post-9/11 era. Initially it focused on mining the intelligence-gathering potential of the criminal justice system, operating a scheme known as S-Comm in which digital fingerprint data was shared with it by federal, state and local law enforcement.

Since then, Ice has increasingly resorted to databases compiled by non-law enforcement entities as a way of widening its dragnet. The Georgetown researchers suggest the motivation was partly to increase the number of deportations of undocumented people and partly as part of the US government’s “larger push to amass as much information as possible about all of our lives”.

The center’s review of Ice spending from 2008 to last year revealed that overall investment in new surveillance infrastructure increased fivefold from about $71m to $388m. In that period, Ice spent more than $1.3bn on geolocation technology, including contracts with private companies that own license plate scanning databases.

A further $96m was spent on biometrics, largely face recognition databases; $97m on private data brokers that gather data on individuals from a range of different sources including more than 80 utility companies; and a staggering $569m on data analysis just to be able to comb through the mammoth quantities of intelligence Ice now had within its grasp.

Approximately $189m was paid to Palantir Technologies, the tech company co-founded and chaired by the Trump-supporting billionaire Peter Thiel. The money went towards custom-built programs created by Palantir to allow Ice agents to link public and private databases so that they could, in the center’s words, “visualise an interconnected web of data pulled from nearly every part of an individual’s life”.

The researchers found a woefully inadequate response from federal and state authorities in terms of privacy protection. Congress, for instance, has yet to hold a full oversight hearing on Ice surveillance.

One of the most disturbing aspects of the Ice surveillance system is how it has been used to skirt controls introduced by cities and states and designed to protect communities from precisely these kind of intrusive searches.

After many legislatures introduced so-called “sanctuary” policies that prevented police forces working with Ice agents to facilitate deportations, Ice simply sidestepped the restrictions by finding other channels through which it could acquire intelligence, including through DMVs, private data brokers and utility companies. 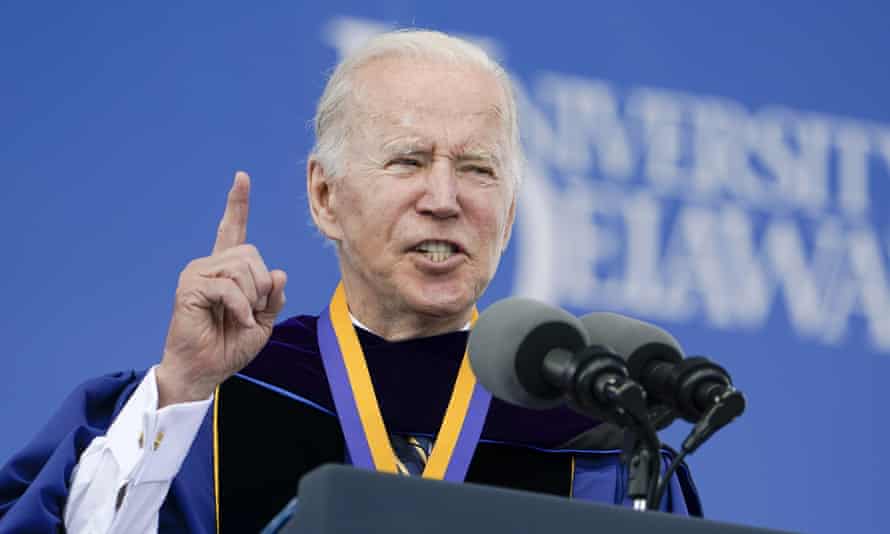 ‘Too much fear, too much grief’: Biden to visit Uvalde amid scrutiny of police response to shooting | US News

While the NRA Convention Is Held In Houston, Protests Against Gun Violence Ensue Across The Nation | US News video