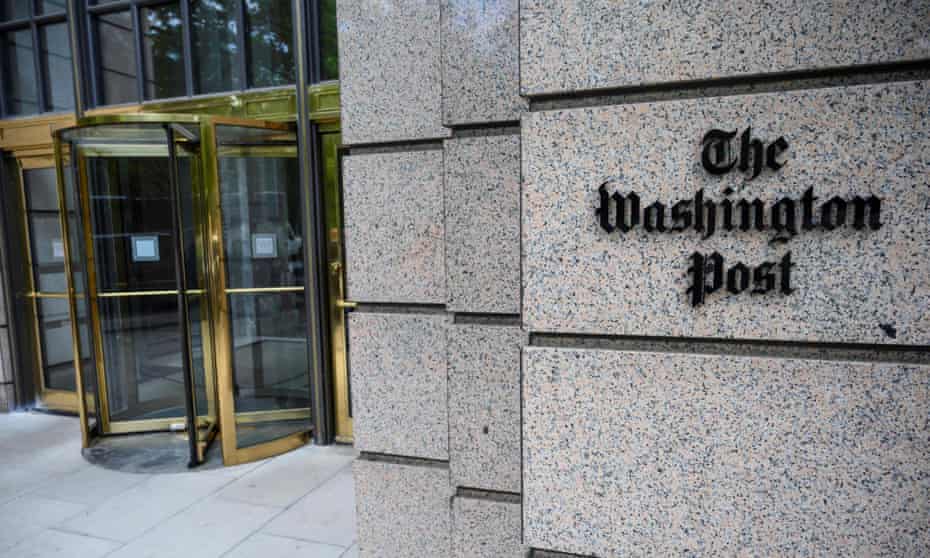 That other American tradition: after a mass shooting, the media comes to town | US News

The Washington Post has won the 2022 Pulitzer prize for public service journalism, for The Attack, its account of the deadly assault on the US Capitol by supporters of Donald Trump on 6 January 2021.

The paper beat two other finalists: the New York Times, for challenging official accounts of US military engagements in Iraq, Syria and Afghanistan, and the Milwaukee Journal Sentinel, for an exposé of electrical fires in city rental operations.

The Pulitzers, administered by Columbia University in New York and considered the most prestigious prizes in US journalism, recognise work in 15 journalism categories and seven arts categories.

The winner of the public service award receives a gold medal. Winners of other categories get $15,000.

A bipartisan Senate committee linked seven deaths to the assault on the Capitol, which happened after Trump told supporters to “fight like hell” to overturn his election defeat by Joe Biden.

The attack did not succeed in stopping certification of Biden’s victory. Trump was impeached for inciting an insurrection. The impeachment was the most bipartisan ever but the former president was acquitted when enough Senate Republicans stayed loyal. Trump therefore remains free to run for the White House again.

A House committee is preparing for public hearings in its investigation of the riot, which has produced a charge of criminal contempt of Congress against Steve Bannon, Trump’s former chief strategist. Bannon has pleaded not guilty.

More than 800 people have been charged over the Capitol attack, some, members of a far-right militia, with seditious conspiracy.

Announcing the prize, the administrator of the Pulitzer prizes, Marjorie Miller, saluted the Post for its “compellingly told and vividly presented account of the assault on Washington … providing the public with a thorough understanding of one of the nation’s darkest days”.

Sally Buzzbee, executive editor of the Post, said: “There is nothing more central to the American experiment than democracy … in 2021, that democracy came under attack from within.

“The challenge for the fourth estate was clear: we were no longer just a watchdog of the institutions and elected leaders of our democracy, but an indispensable defender of democracy itself.”

Buzzbee also saluted “more than 100” of her journalists for “fearless, consistent and comprehensive work … read and watched by millions [and] cited in congressional investigations”.

The intersection of health, safety and infrastructure played a prominent role among other winning projects.

The Tampa Bay Times won the investigative reporting award for Poisoned, an in-depth look into a polluting lead factory.

The paper’s editor and vice-president, Mark Katches, said the win was “a testament to the importance of a vital local newsroom like the Times”.

The Miami Herald took the breaking news award for its work covering the deadly Surfside condo tower collapse, while the Better Government Association and the Chicago Tribune won the local reporting award for Deadly Fires, Broken Promises, an examination of a lack of enforcement of fire safety standards.

The Miami Herald’s executive editor, Monica Richardson, said: “As a newsroom, we poured our hearts into the breaking news and the ongoing daily coverage, and subsequent investigative coverage, of the Champlain Towers South condominium collapse story.

“It was our story to tell because the people and the families in Surfside who were impacted by this unthinkable tragedy are a part of our community.”

The Pulitzer prizes also awarded a special citation to journalists from Ukraine, acknowledging their “courage, endurance and commitment” in covering the Russian invasion.

Last August, the Pulitzer board granted a special citation to Afghan journalists who help produce news and images from their own war-torn country.

In the arts categories, Joshua Cohen won the fiction prize with The Netanyahus: An Account of a Minor and Ultimately Even Negligible Episode in the History of a Very Famous Family.

Inspired by the story of the former Israeli prime minister Benjamin Netanyahu’s father trying to get a job in academia, it won the 2021 National Jewish Book Award for Fiction. In the Guardian, Leo Robson called the novel “utterly immersive”.

The performer and playwright James Ijames won the drama prize for Fat Ham, a contemporary take on Hamlet set in the American south with a queer Black protagonist. The play is about to start a run at the Public Theater in New York.

Other winners included Diane Seuss, who won in poetry for frank: sonnets, and Raven Chacon, who won in music for Voiceless Mass. 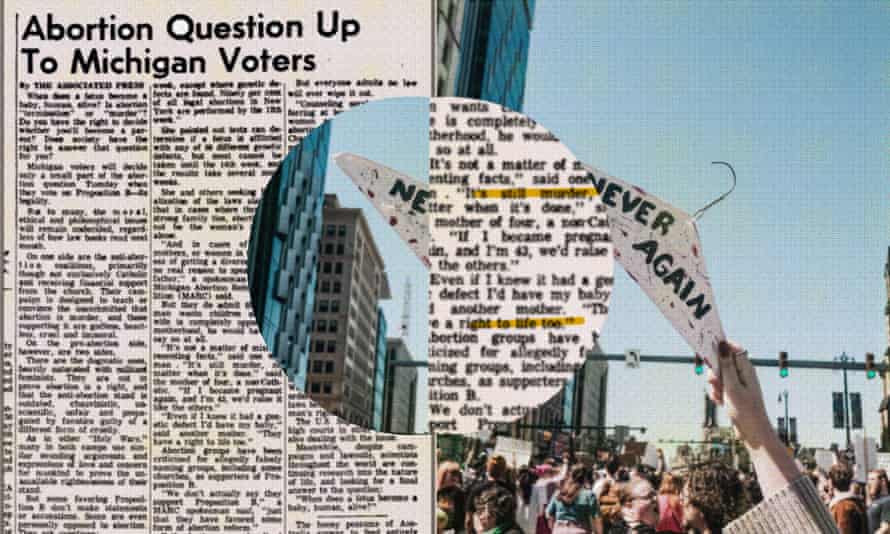 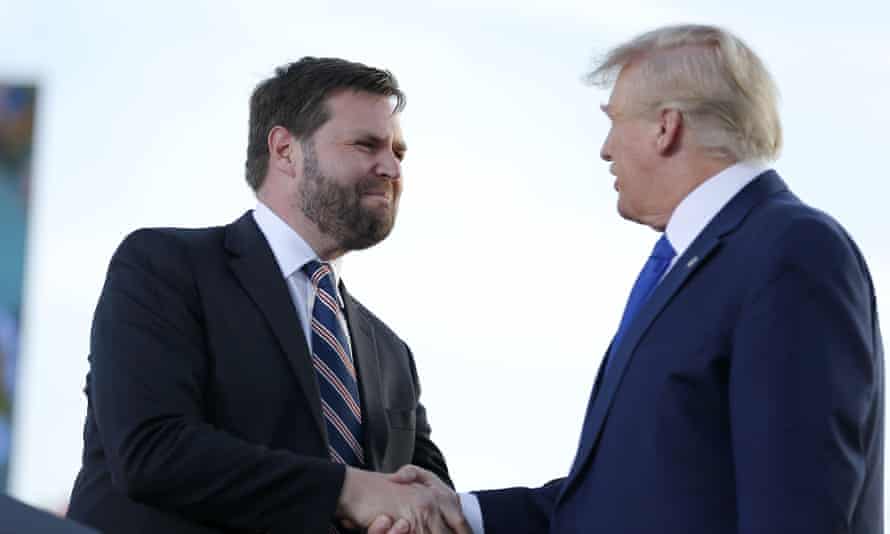 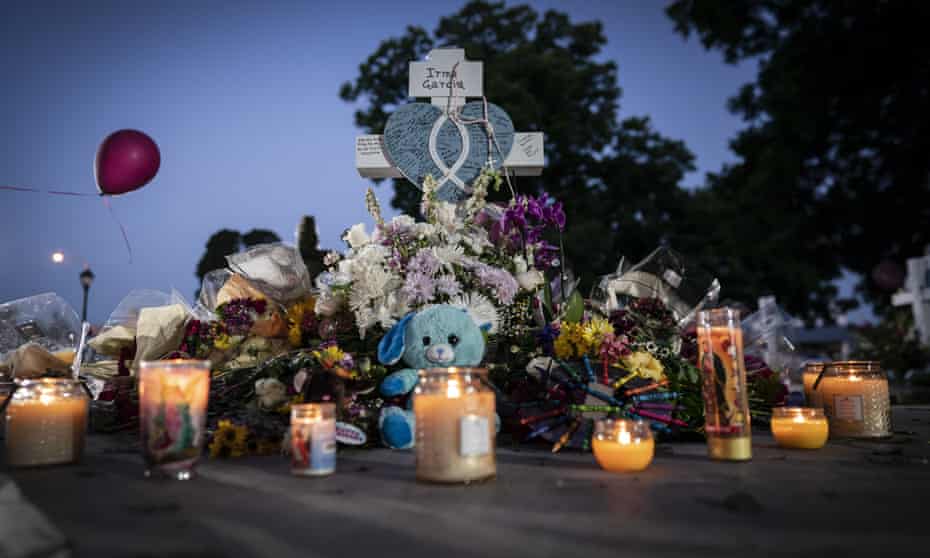 That other American tradition: after a mass shooting, the media comes to town | US News