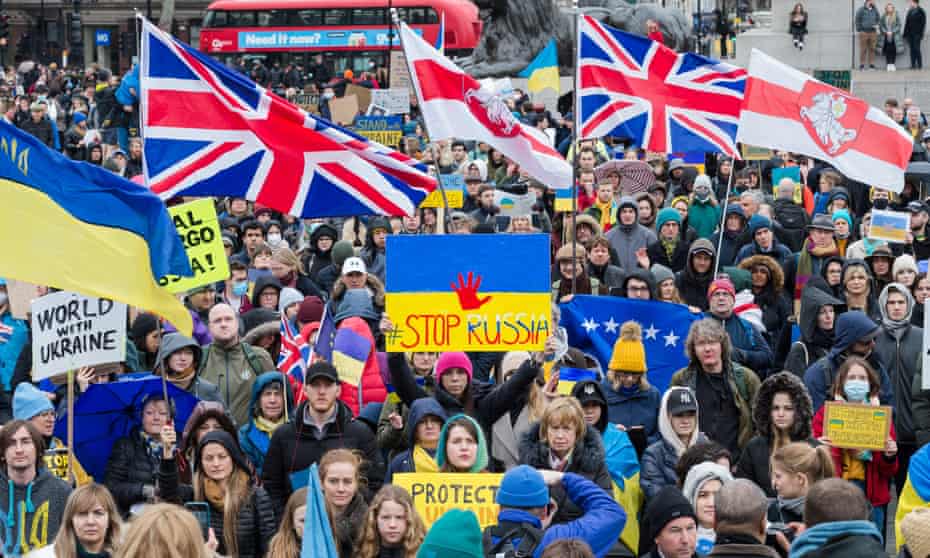 The UN refugee agency has called on the UK government to intervene to stop single British men from being matched up with lone Ukrainian women seeking refuge from war because of fears of sexual exploitation.

Following claims that predatory men are using the Homes for Ukraine scheme to target the vulnerable, the United Nations high commissioner for refugees (UNHCR) told the Guardian “a more appropriate matching process” could be put in place to ensure women and women with children are matched with families or couples.

The suggestion from the global refugee agency follows reports that Ukrainian refugees, predominantly women and sometimes accompanied by children, are at risk in the UK of sexual exploitation.

Under the government’s Homes for Ukraine scheme, British hosts must link up with Ukrainian refugees themselves, leaving tens of thousands of people to resort to unregulated social media groups to connect.

A government-backed matching service run by the charity Reset offers to match UK hosts with refugees but has been operating for just over a week. Those who want to move to the UK must have a sponsor before applying for a visa.

In a statement, the UNHCR said there was a need for adequate safeguards and vetting measures to be in place against exploitation, as well as adequate support for sponsors. “[The] UNHCR believes that a more appropriate matching process could be put in place by ensuring that women and women with children are matched with families or couples, rather than with single men.

“Matching done without the appropriate oversight may lead to increasing the risks women may face, in addition to the trauma of displacement, family separation and violence already experienced,” a spokesperson said.

Leading refugee charities raised their concerns about the Homes for Ukraine scheme in a letter to Michael Gove, the minister in charge of the scheme. Louise Calvey, the head of safeguarding at the charity Refugee Action, told the Observer it was at risk of being a “Tinder for sex traffickers”.

One 32-year-old woman from Bakhmut, Ukraine, who has been searching for an appropriate person to match in the UK, wrote that she had received suggestive messages from men on Facebook’s Messenger app. “I was approached by one older guy from London who said that I would have to share a bedroom with him, and was asked if I was OK with that,” she said in an email seen by the Guardian.

The Sunday Times reported this week that a journalist posing as a 22-year-old Ukrainian woman from Kyiv found that within minutes of posting a message on the largest Facebook group for UK hosts she was inundated with inappropriate messages.

Some men lied about having several bedrooms in their one-bed homes while another proposed sharing a bed, writing: “I have a large bed. We could sleep together.” Another sent a voice note that said: “I am ready to help you and maybe you can help me also.”

In its statement, the UNHCR also raised concerns about the repercussions should the original UK host prove a potential threat to the safety of the refugee, and the six-month minimum duration on the Homes for Ukraine scheme.

“UNHCR believes that appropriate training and information are needed to ensure that hosts make an informed decision when applying to become sponsors. Housing a stranger in an extra bedroom for an extended period is not, for some people, sustainable,” the spokesperson said.

There is growing public anger over the length of time that Ukrainians are being forced to wait before being given visas from the Home Office amid the biggest refugee crisis in Europe since the second world war.

Priti Patel, the home secretary, apologised on Friday for the time it had taken for Ukrainian refugees to arrive in the UK under two visa schemes, after figures showed only 12,000 had so far reached Britain.

Asked to respond to the UNHCR’s request for an intervention on sexual exploitation of Ukrainian women, a government spokesperson said: “Attempts to exploit vulnerable people are truly despicable – this is why we have designed our Homes for Ukraine scheme to have specific safeguards in place, including robust security and background checks on all sponsors, both by the Home Office and local authorities.

“Councils must make at least one in-person visit to a sponsors property and following guests arrival, they have a duty to ensure the guest is safe and well.

“We have also partnered with the charity Reset Communities and Refugees to fund and provide a matching service for sponsors and refugees to ensure that matches made are suitable, safe and successful. This service will vet eligibility, assess needs, and provide training for sponsors to ensure they can support the people they host.”

Asked to confirm or deny whether there had been a complaint that Gove had bullied staff, the spokesperson added: “Humanitarian schemes set up in record time by the Home Office and the Department for Levelling Up, Housing and Communities working closely together are helping thousands of Ukrainians find safety in the UK.”

‘I felt I was being assessed on my skin colour’: Black women around the world share their birth stories | international News

Firefighter numbers in England down 20% since 2010, analysis shows | international News