Home » USA » The US supreme court to Americans: tough luck if you get Covid at work | Robert Reich | US News

The US supreme court to Americans: tough luck if you get Covid at work | Robert Reich | US News 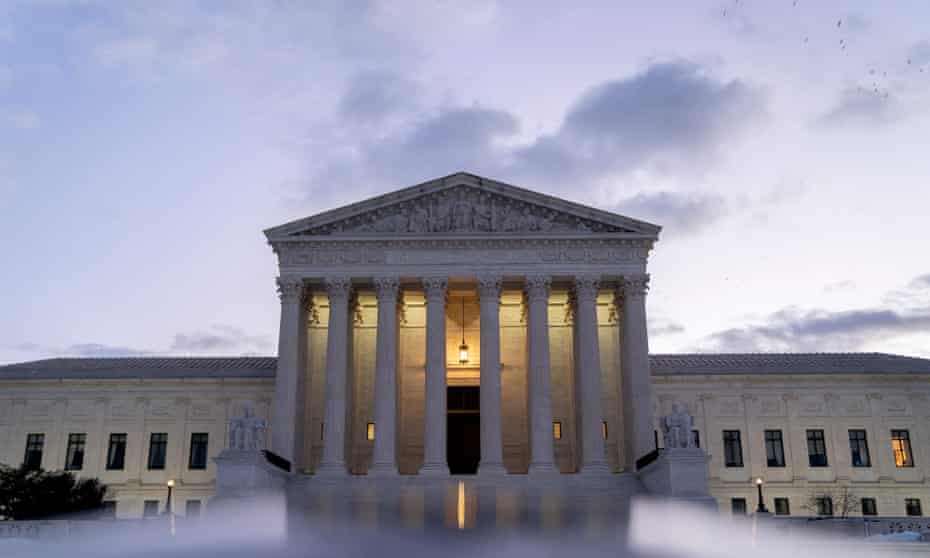 By a 6-3 vote, with liberal justices in dissent, the supreme court on Thursday blocked the Biden administration from enforcing a vaccine-or-testing mandate for large employers. (The court upheld a more modest mandate requiring vaccinations for healthcare workers who treat Medicare and Medicaid patients.)

The employer mandate would have required workers to be vaccinated against the coronavirus or to wear masks and be tested weekly (neither employees nor employers were required to pay for the testing). It applied to employers with at least 100 employees. This would include more than 84 million workers, about two-thirds of the American workforce.

The administration estimated the rule would cause 22 million people to get vaccinated and prevent 250,000 hospitalizations.

In its unsigned order blocking the rule – which had been devised by the Occupational Safety and Health Administration (Osha) – the court said that although the risks associated with coronavirus occur in many workplaces, “it is not an occupational hazard in most.”

Hello? Not an occupational hazard? Since the outbreak of the pandemic, we’ve seen factories, wholesale distribution centers, meatpackers and hospitals become super-spreader centers. The Omicron variant is now ripping through America like wildfire, especially where people work in close contact.

Before today’s ruling, a three-judge panel of the sixth US circuit court of appeals had decided that the Osha rule was “an important step in curtailing the transmission of a deadly virus that has killed over 800,000 people in the United States, brought our healthcare system to its knees, and cost hundreds of thousands of workers their jobs”.

Judge Jane B Stranch, writing for the majority of the court of appeals, had noted that as “Covid-19 has continued to spread, mutate, kill and block the safe return of American workers to their jobs [and that] to protect workers, Osha can and must be able to respond to dangers as they evolve.”

But today the supreme court disagreed – choosing instead to treat Covid like any “universal risk” of daily life that people voluntarily choose to accept. “Covid-19 can and does spread at home, in schools, during sporting events, and everywhere else that people gather. That kind of universal risk is no different from the day-to-day dangers that all face from crime, air pollution, or any number of communicable diseases,” the court said.

This is absurd on its face. People have choices of where or whether to gather when it comes to social events, sporting events or travel. They can decide how much risk to take on from all sorts of day-to-day activities.

The workplace is different. If they want a paycheck, most people must report to work. The whole purpose of Osha is to reduce health and safety risks at the workplace, precisely because when it comes to work most people have no choice.

Nonsense. Section 2 of the Occupational Safety and Health Act of 1970 clearly states that “Congress declares it to be its purpose and policy … to assure so far as possible every working man and woman in the Nation safe and healthful working conditions [and] assure insofar as practicable that no employee will suffer diminished health, functional capacity, or life expectancy as a result of his work experience.”

What’s really going on here? The Republican-appointed majority of the supreme court is intent on gutting the authority of regulatory agencies to interpret federal laws.

Their target is the so-called “Chevron deference”, a 38-year-old precedent holding that courts should respect agency interpretations of laws enacted by Congress, even if Congress has not directly spoken to the precise issue at hand. Judicial deference is appropriate if the agency interpretation is reasonable.

With Omicron infections and hospitalizations and deaths surging across America, Osha shouldn’t need Congress’s specific authorization to impose a vaccine-or-testing mandate at the workplace – at least according to supreme court precedent. By ruling otherwise, the supreme court’s conservative majority today signals it’s willing to strike down hundreds of regulations protecting the health and safety of Americas.

Sarcastic superpower: why Bill Murray is the perfect Marvel villain | US News