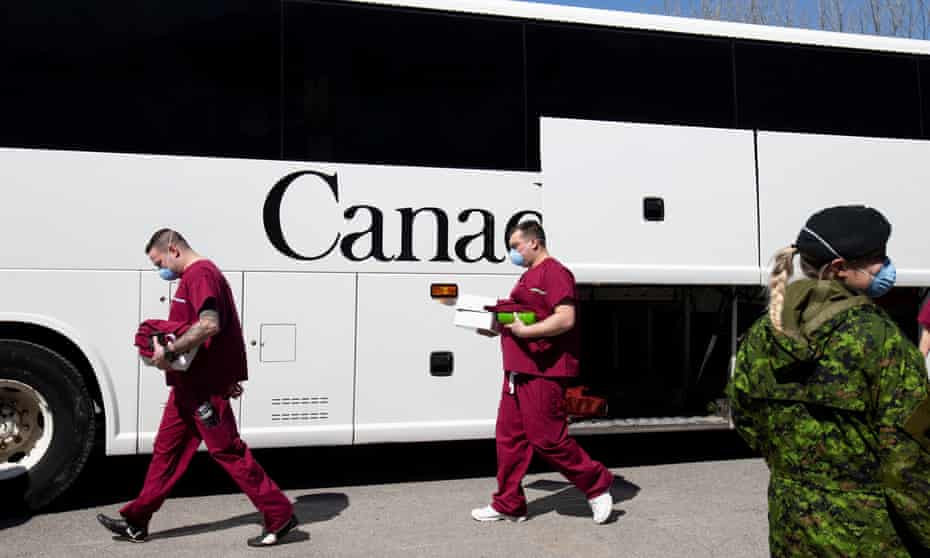 Quebec’s announcement that it will impose a healthcare tax on unvaccinated residents has prompted a fierce debate, as the province looks to salvage its crumbing healthcare system amid the latest wave of the coronavirus.

The Canadian province’s premier, François Legault, said on Tuesday that those who had chosen to remain unvaccinated would pay a “health contribution”, acknowledging growing friction in the province as the unvaccinated draw on a greater share of the scarce medical resources.

The Quebec news site La Presse warned the tax could target vulnerable members of society who often lack the resources or information needed to access vaccines. Minorities, including Black and Indigenous residents, also have a long history of discrimination in the province’s healthcare system.

“They must not become the scapegoats of the collective fed up,” the paper wrote.

But La Presse concluded the tax was necessary tool in the fight against the virus.

“In this exceptional context, asking non-vaccinated people to pay a reasonable price can be explained. It’s a question of fairness. Everyone must contribute to the war effort.”

The province has not released a timeline for when it could impose the tax – the first of its kind in North America – or how much it might charge. Austria, which rolled out a similar tax in November, requires residents over 14 years of age pay €3,600 (US$4,100) every three months they remain unvaccinated.

Canada’s vocal anti-vaccine movement has made headlines in recent months for protests outside hospitals, and has prompted frustration across the country.

But experts warned against reactionary policies that undermined access to healthcare.

“Even anti-social, obnoxious, misinformed and ignorant people have rights,” wrote the Globe and Mail health columnist André Picard. “In a public-health regime, patients must be treated based on medical needs. Period. There is no room for moralistic judgment or financial penalties. You don’t abandon your principles because somebody’s actions (or inaction) irks you.”

The announcement appears to already have had some impact: Quebec’s health minister, Christian Dubé, announced on Wednesday that first-dose appointments had surged over the previous 48 hours. But the Canadian Civil Liberties Association questioned whether the policy could stand constitutional challenges.

“Allowing the government to levy fines on those who do not agree with the government’s recommended medical treatment is a deeply troubling proposition,” Cara Zwibel, the acting general counsel for the CCLA, said in an emailed statement.

“We have universal public healthcare in Canada … Some essential services – like basic healthcare for those who are ill – transcend such individual choices.”

A recent poll found that Quebecers were consistently more willing to implement strong mandates for vaccines than other regions of the country. The province also has some of the strongest lockdown measures, including an evening curfew.

The decision to financially punish residents marks a sharp departure from other provinces, which in the past looked to reward the vaccine-hesitant.

Last summer, more than 150,000 Albertans signed up for a program that gave those with a first dose a C$100 (US$80) gift card – a program that likely cost the provinces more than C$10m. Premier Jason Kenney said on Tuesday his government had no plans to implement a tax.

As the debate over the tax plays out, health minister Dubé warned the coming week will be the most difficult for the province, with hundreds more people expected to require hospitalization, further pushing Quebec’s healthcare system to the breaking point.

“We’re very close to a point of no return,” he said.