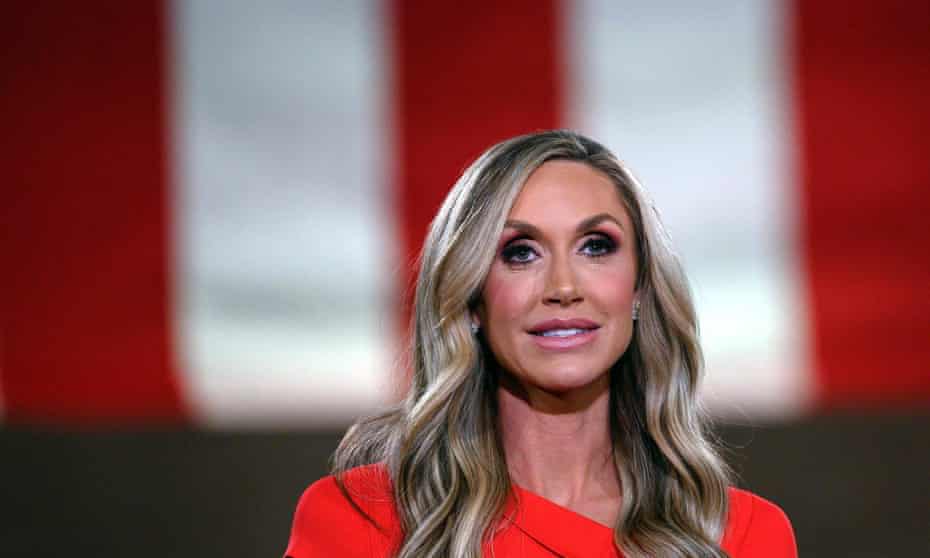 Lara Trump, the Fox News contributor and wife of Eric Trump, has bizarrely claimed that the rising cost of the Thanksgiving turkey is part of a liberal plot to “chip away” at American traditions.

During a discussion on Fox News about inflation and its impact on Thanksgiving-related purchases, the former president’s daughter-in law claimed leftwing Americans “want to fundamentally transform America” and were using the humble Thanksgiving turkey as a vehicle for their nefarious plot.

“Well, how do you that? You have to change America from the inside-out. You have to take away our traditions. So it might seem a little funny and a little ridiculous. ‘Oh, don’t have a turkey, then people won’t come over.’”

In the exchange with the Fox host Pete Hegseth, Trump was responding to comments made by the White House press secretary, Jen Psaki, that inflation had pushed costs of the traditional Thanksgiving bird to about a dollar more for a 20lb bird.

“It all goes to fundamentally transforming this country, and the way you do that is you make sure that we have no commonality whatsoever, no traditions as Americans whatsoever,” she said. “You start chipping away at that, and they don’t care that Thanksgiving costs a lot more.”

A battle over turkey inflation has been brewing for weeks, with conservatives accusing liberals of attempting to quash holidays, including Halloween, as part of an effort “to divide Americans up”.

Last week, the American Farm Bureau Federation (AFBF) warned that costs of the traditional turkey feast has risen 14% over the past year. The cost increase, up from an average of $46.90 for a family group of 10 last year to $53.31 in 2021, works out at $6 a person.

Within the overall 6.6% increase in the cost of the family sit-down, including stuffing, sweet potatoes, rolls with butter, peas, cranberries, a veggie tray, pumpkin pie with whipped cream, and coffee and milk, the cost of the bird has increased more than any other factor – 24%.

At the same time, Butterball, the North Carolina poultry giant that produces more than 1bn pounds of turkey each year, told the Guardian that it had been preparing for this Thanksgiving a year in advance and prices “remain roughly the same as previous years, and turkey is one of the most economical parts of the Thanksgiving meal”.

But the tradition of a turkey dinner is under pressure from some other quarters, with some questioning why it is necessary for millions of turkeys to be slaughtered. In a punchy essay for the Cut, food writer Mia Mercado argued that side dishes are the true stars of the holiday sit-down.

“I’m coming for your precious holiday bird. Turkey is not welcome at my Thanksgiving,” Mercado wrote.

Havana Syndrome: FBI warns staff amid reports of symptoms among agents | US News

Havana Syndrome: FBI warns staff amid reports of symptoms among agents | US News