Home » USA » What is happening with inflation in the US, and how worried should you be? | US News

What is happening with inflation in the US, and how worried should you be? | US News 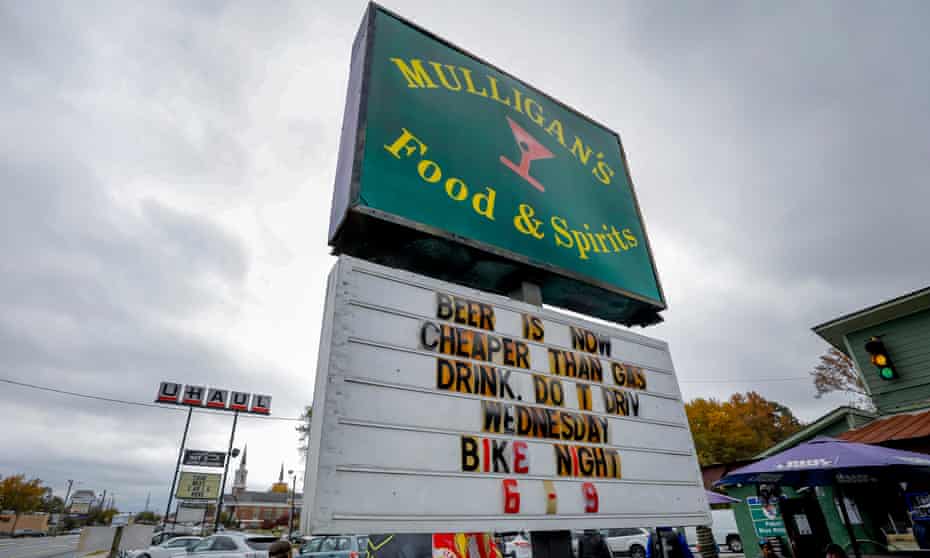 Jobs are coming back, wages are rising, stock markets are hitting record highs. In many ways, the US economy is booming. And yet as we officially enter the holiday season, consumer confidence is at its lowest level in a decade. The reason? Inflation.

The US inflation rate in October was the highest it has been since the early 90s, when Nirvana released Smells Like Teen Spirit and the Gulf war was just beginning.

But should we really be worried? The Federal Reserve, and the Biden administration, think rising prices are “transitory” – caused by the hangover from the pandemic. Their critics are less sure.

Inflation, especially during a global pandemic, is complicated. Here is what we know about inflation in the US.

Inflation describes a general rise in the level of prices of all consumer goods and services. It is not specific to a particular good or service; rather it is a measure of when, broadly, things are more expensive than they were before.

There are a handful of ways inflation is measured, though the Consumer Price Index (CPI) measured by the US Bureau of Labor Statistics is the most common system used to gauge inflation. The index looks at the prices of goods and services in cities and suburbs across the country, weighted depending on the proportion a good or service has in overall consumption. For example, food and housing is weighted more than clothing in the index.

According to CPI numbers released in mid-November, prices in the US rose 6.2% in October compared with where prices were the same time last year. US core inflation, which does not include goods like energy and food whose supply is susceptible to external events, was 4.6% in October, its highest since 1991.

The US is not the only country experiencing inflation – the UK, China and Germany have all also reported rising inflation in the last few weeks.

The Fed has already taken steps to reduce inflation, ending some of its stimulus programs that saw it buying bonds to stimulate the economy. But the central bank has held off on its main tool to control inflation – adjusting interest rates – probably because doing so runs a higher risk of starting an economic recession.

How worried should Americans be about inflation?

Some economists have been pointing out that the inflation we are seeing now is just one piece of the pandemic’s impact on the economy, which overall has not been terrible.

“There’s a lot of uncertainty. We don’t know what happens next. The past two years have been unprecedented and painful,” said Claudia Sahm, a senior fellow at the Jain Family Institute and a former Federal Reserve economist. “We’re going to have a bumpy ride.”

Even though inflation was high in October, other figures like the strong increase in jobs and the surge in retail sales point to an overall good month for the US economy.

“My baseline scenario is that as the pandemic is contained, which is happening as we get more vaccines out there, we will see inflation move back down to something that is very close to before Covid,” Sahm said. “I don’t think Covid has changed the underlying structure of the US economy.

“I do take a lot of comfort that many people have the money to weather this storm, at least for now,” she said, citing the direct aid Americans got through stimulus checks and the child tax credit. “It really is upsetting to pay more for your groceries, but it’s really upsetting not to be able to walk home with the groceries in your cart.”

Why is inflation happening?

The pandemic has touched every inch of the US economy and has affected every American in some form, so there is no single reason inflation is happening.

“When you look under the hood of the top-line numbers, there are a lot of stories,” Sahm said.

The supply chain crisis has led to a shortage of cars, clogged shipping ports and overstuffed warehouses. Meanwhile, consumer demand has surged after plummeting in the early days of the pandemic.

For example, a shortage of microchips has led to a slowdown in car manufacturing, which increased the sales – and ultimately prices – of used cars, Sahm said. Housing prices have gone up because renters feel comfortable moving again and rental owners feel comfortable charging higher rents.

Some companies have not been hesitant to reap the benefits of increased consumer spending during the pandemic, raising prices and paying record compensation for the country’s top chief executives.

Throughout the pandemic, the federal government boosted the economy through multiple trillion-dollar stimulus packages that gave money directly to families and employers, and the Federal Reserve policy lowered the interest rates and purchased bonds.

What are the effects of inflation?

The most obvious impact is that Americans are seeing higher prices whenever they go to the store, make investments in a house or car or pay their medical expenses. Some economists believe that the higher prices mean that some households will start slowing their spending as goods take up a larger portion of their budget.

Inflation’s impact on people’s budgets will depend on whether wages can keep up with the rate of inflation. So far, it seems that wages are not keeping up with inflation, though industries that are recovering from severe pandemic losses, like hospitality, are seeing wage increases on pace with inflation.

Inflation can also have a profound impact on politics as voters tend to blame the party in power for rising prices. So far, Republicans have been eager to blame Joe Biden for inflation, condemning him for overspending on government aid.

“It’s a direct result of flooding the country with money,” the Senate minority leader, Mitch McConnell, told reporters in October.

Democrats have taken the defensive, emphasizing that experts at the Federal Reserve believe the inflation will be short-lived and that pandemic assistance was necessary for the health and wellbeing of Americans during a crisis.

“We are making progress on our recovery. Jobs are up, wages are up, home values are up, personal debt is down and unemployment is down,” Biden said the day October’s inflation numbers were released. “There is no question the economy continues to recover and is in much better shape today than it was a year ago.”

How will it end?

That’s the big question. Earlier this month the Fed chair, Jerome Powell, conceded that inflation had been “longer lasting than anticipated” and it was “very difficult to predict the persistence of supply constraints or their effects on inflation”. Economists expect the central bank to start raising rates next year in an attempt to tamp down price rises.

But inflation is a psychological as well as an economic phenomenon. Fear of rising prices is already affecting consumers and could, perversely, lead to more price rises as consumers snap up goods fearing yet more rises in a market that is still constrained by supply chain problems.

We will probably continue to be haunted by inflationary fears unless the price hikes do prove “transitory”. As the old economist joke goes: the best rate of inflation is the one no one notices.