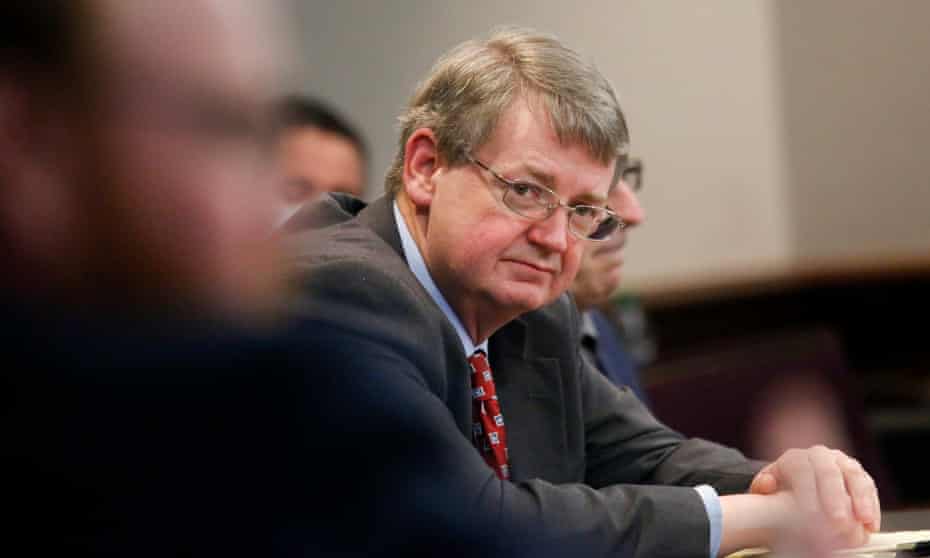 The civil rights attorney Ben Crump on Wednesday accused a lawyer defending the killers of Ahmaud Arbery of displaying “the essence of white supremacy” for his call to ban Black pastors from the courtroom.

Crump was speaking as a jury in Georgia began its second day of deliberations in the trial of three white men accused of murdering Arbery, 25, who was Black, as he jogged along a road near Brunswick in February 2020.

Kevin Gough, the lawyer for William “Roddie” Bryan, one of the defendants, sparked outrage during the trial by stating: “We don’t want any more Black pastors in here,” and asking the judge to ban high-profile church leaders such as the Revs Al Sharpton and Jesse Jackson, who have both attended. The judge refused the demand.

In a pre-trial interview with the Atlanta Journal-Constitution, Gough also said he thought there were not enough “Bubbas or Joe six-packs” – meaning white, older blue-collar workers – on the jury.

Crump, who is representing the Arbery family, told CNN that Gough’s stance was inexcusable.

“In the Black community, the church, and faith, is the foundation,” he said. “To not allow Ahmaud’s mother and father to have their faith and spiritual leaders pray with them to keep their sanity … Think about what you saw in that courtroom, pictures of their child, their baby, with a hole in his body.

“It was just so arrogant, it was the essence of white supremacy mentality. Almost like thinking [that] because a Black man is jogging, ordinary white citizens can stop him, and if he dares to not follow their orders they have the right to kill him. We must be better than that.”

Crump also accused defense lawyers of referring to Arbery “like a runaway slave”. During closing arguments on Monday, attorney Laura Hogue drew gasps in the courtroom when she branded the victim as an “erratic” character with “long, dirty toenails”.

Gravitas: Too much screen time is changing the shape of your eyes | News Today

What’s in a name? Discount store Dollar Tree raises prices to $1.25 | US News

What’s in a name? Discount store Dollar Tree raises prices to $1.25 | US News