Home » USA » A historian of white power reacts to the Rittenhouse verdict: ‘a bonanza for the far-right’ | US News

A historian of white power reacts to the Rittenhouse verdict: ‘a bonanza for the far-right’ | US News 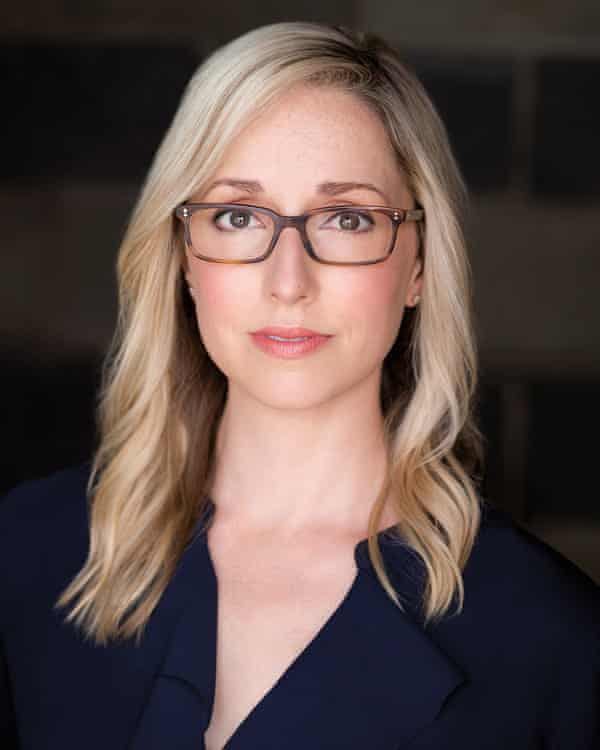 When Kyle Rittenhouse was acquitted of murdering two men during anti-racism protests in Kenosha, Wisconsin, last week, the verdict was celebrated by far-right politicians and pundits across the US. Several Republican lawmakers offered Rittenhouse an internship and Fox News host Tucker Carlson called him “a sweet kid”.

Kathleen Belew, a historian of American white power movements and author of Bring the War Home: The White Power Movement and Paramilitary America, argues that the fact that Rittenhouse’s trial is being read as a victory by more mainstream components of the right has the potential to serve as a rallying cry for increased militant vigilantism against US racial justice protesters moving forward.

Belew spoke with the Guardian about how perpetrators of right-wing violent action in the US have been empowered by verdicts like Rittenhouse’s in the past, and how the outcome of the case should be read in the context of growing militant social movements.

On Friday, when Kyle Rittenhouse was found not guilty of all charges, you tweeted: “It has never taken more than a whisper of approval to fan the flames of militant right action, and the Kenosha acquittal is a shout.” What did you mean by that?

There have been many acquittals and partial verdicts that the white power movement and militant groups have taken as signs that they can continue their activities unabated. I’m thinking of the acquittals in the Greensboro trials at state, federal and civil levels, [when members of the Ku Klux Klan and the American Nazi Party shot and killed five marchers in an anti-Klan rally organized by the Communist Workers Party in 1979], the acquittals in the seditious conspiracy trial in 1987-88 [after an all-white jury acquitted 13 white supremacists who were charged with plotting to overthrow the US government and kill federal officials] and the partial prosecution of Timothy McVeigh after the Oklahoma City bombing, where we saw the conviction of just one of a few conspirators rather than a prosecution geared at a movement, which is what this was.

I think Kenosha is a much more significant moment. It’s not my place to second guess our judicial system. I believe in the rule of law. I believe in jury trial. But we know from the historical record that every time there is an incident like this, it has set off renewed activity by the white power movement, often with imminent casualties. Kenosha has not just been watched by extremists, but by a whole bunch of people on the right. It is a moment that animates not only the fringe, which is what we’ve seen before, but also components of the mainstream.

On the topic of the fringe and the mainstream, I often find myself not wanting to use the word extremist anymore because it seems like we’re seeing fringe beliefs increasingly become more mainstream.

I’m a historian. The period I study is the 1980s and the 1990s and in that time period the white power movement really did not think it had any chance of making inroads in mainstream politics. But that’s clearly not the case anymore. There was just a story going around about how at least 28 elected officials are current or former members of the Oath Keepers, which is an extrajudicial militia group, a private army. The idea that we can have elected officials from a private army is deeply, deeply concerning.

To clear up for readers who may get snarled when we use the word militia: all legal militia activity was incorporated into state National Guard units in 1903 in the Dick Act. Everything else is extralegal. There are laws in the books in all 50 states that limit having private armies. And yet here they are. We have elected officials who report to these groups.

There are at least 10 people who participated in the insurrection on 6 January and have now been elected into office in the GOP. We’re not talking anymore about one person with questionable quotes or one person who said something scandalous a long time ago. We’re talking about a movement of people who are acting in concert. This is a much different thing. We need to not only be thinking about the threat of mass casualty events, which has been imminent for the last several years, but also the threat to our democratic system.

In 2019, there were mass shootings in Christchurch, New Zealand, El Paso, Texas, and Poway, California . In each of these cases, the alleged shooter posted a manifesto on the message board 8Chan. In October 2018, before the Tree of Life Synagogue shooting in Pittsburgh, the shooter posted on the social media site Gab. Kyle Rittenhouse used social media to find community in his militant beliefs. The use of social media is one connective piece between these shootings. As a historian, do you see these events as interconnected?

We tend to treat acts of politically motivated violence by people affiliated with the militant right and the white power movement as carried out by individual or the work of a few bad actors. You’ll often see the phrase “lone wolf terrorism”, though I have not seen that used as much around Kyle Rittenhouse. This is a more complex story, partially because he was a child at the time of the shooting and partly, because the way that the organization worked was somewhat different than usual. It was a sort of flash mob called for via Facebook more than an organized action by a coherent group that met before. But that doesn’t mean it’s not ideological.

The thing that we have to remember is that first of all, the idea of the lone wolf came from the white power movement in the 1980s with the express purpose of confusing everybody about what this movement was. It follows an action called “leaderless resistance” that is effectively cell-styled terror and both of those things are meant to direct public attention away from what it is, which is just an interconnected social movement.

So when we think about Charlottesville, Charleston, El Paso and Pittsburgh and the other communities that have been impacted by this violence, what we usually see is El Paso branded as anti-Latino violence, Charleston as anti-Black violence and Pittsburgh as Semitic violence, but they’re all acts of white power violence. And by putting these stories together, I think these communities can link more effectively in efforts to combat this problem.

What is the role of social media platforms, both as curators of news and as gatherings places for the communities that can foster violence?

One thing to remember, that people often don’t, is that white power activists have been using social network activism since the early 1980s with pre-internet computer-to-computer message boards. They had a network called Liberty Net, which they established by distributing millions of dollars in stolen money to groups all around the country and then instructing them to get Apple computers and then directing them in how to set up and use this network. And the network, in 1983-84, had not only things like assignation targets and ideological content, they also had things like personal ads. This is tiny compared to the juggernaut that is social media in all of our lives today, but it’s important to remember that these activists are decades, if not generations, into using technology. They were early adopters, if not pioneers, of this kind of work.

It would be a mistake to think that they won’t be able to, or ready to, manipulate this kind of space.

We’ve talked about how the acquittal of Rittenhouse creates a backdrop of permissiveness for people with hateful beliefs, but how does that play out looking forward?

I would say that there are two main components. One is what is happening with legislation and court action around gun ownership, where we really do see the needle move further and further toward unfettered access to weapons with absolutely no barrier every time there are decisions that increase permissiveness.

The other part of it has to do with white power and militant right groups that are essentially opportunistic. They are looking for a window and this is a big window. Because what it does is, it allows them to not only mount similar shootings like the one carried out in Kenosha to see if they could do it elsewhere, it also lets them mobilize in a sector of the rightwing mainstream that is sympathetic to the Rittenhouse story.

This is kind of a bonanza of a case. And we should be attuned as well to the verdicts that are coming out of the Ahmaud Arbery shooting and in Charlottesville with the Kessler civil action, which I’m sure will be read along the same lines.

Editor’s note: On Tuesday a jury found the key organizers of the deadly 2017 Unite the Right rally in Charlottesville, Virginia responsible for $25 million in damages to counter-protesters under state law. The jury remained deadlocked on whether the organizers violated federal civil rights law.

Congresswoman Jackie Speier: ‘Republicans are about doing what’s going to give them power’ | US News

‘She’s the only option’: Hondurans hope Xiomara Castro can lead the nation in a new direction | US News

‘She’s the only option’: Hondurans hope Xiomara Castro can lead the nation in a new direction | US News